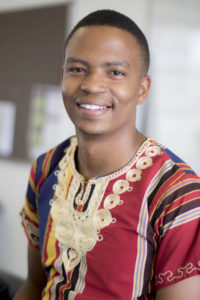 Tshepo Tshabalala is the Project Coordinator (Director) for the Journalism and Media Lab (Jamlab). He was previously the interim project director, as well as  web editor for the Jamlab digital publications and www.journalism.co.za. He was also a sub-editor for Wits Vuvuzela’s print and online publications.

Tshepo’s work has appeared in radio, print, wire services and online in South Africa and various other countries in Africa. He has worked as a reporter at Thomson Reuter’s Johannesburg bureau, Forbes Africa publications, a freelance contributor to SmartPlanet and web producer for Business Day, Financial Mail and BusinessLIVE.

He is a Chevening Scholar and an EVA Juniour Business Fellow.