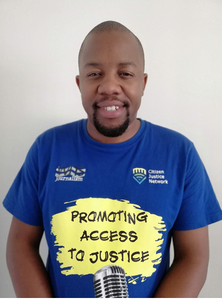 Siyabonga Motha Ntuli is a passionate content producer, field reporter and on-air personality. He holds an Advance Radio Certificate from Wits Radio Academy. Siyabonga was awarded a bright star award and also nominated for best content producer at the 2020 South African Radio Awards under Campus and Community radio. Siyabonga worked as an intern at the Wits Radio Academy on an elections project Local Voices. As a content producer and an on-air personality, Siyabonga has been hosting a successful talk show at Voice of Wits 88.1 since 2019 and also worked as a volunteering content producer. The talk show won an award at the 2021 South African Radio Awards for best show under News and Actuality Show.