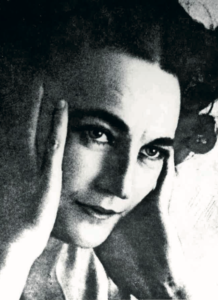 The Ruth First Fellowship is a prestigious award made by the University of Witwatersrand that enables journalists, writers, researchers, film-makers and photographers to pursue in-depth projects that can be presented in ways that influence thinking, discussion and debate in South Africa. Our goal is to support a new generation of public intellectuals capable of immersing themselves deeply in the most pressing issues and ideas of the day, to engage in original research, to tell great stories and present their work in ways that can engage a new generation of audiences.

Ruth First was a journalist, activist, researcher and intellectual. She was assassinated in exile by the apartheid government.

The fellowship is intended to allow Fellows to pursue an in-depth project of original research. It should be ground-breaking and in keeping with the tradition of Ruth First’s politically and socially relevant research and journalism.

Despite lagging behind in opening a wider spectrum of radio frequencies for wireless transmission and increasing bandwidth, South Africa is immersed in and is the continental leader in digital absorption and penetration. Consequently, the big technology companies and the instruments they facilitate and develop; most notably Google’s search engine, WhatsApp, Facebook and Twitter have a profound influence in shaping the public sphere – and society, politics, media and the economy more broadly. There has been an epochal shift in how media is produced, consumed and distributed. Initial optimism about the democratic possibilities of social media – what some call the social industries – has given way to profound concerns about what the changes to the public sphere mean for journalism and politics.

This is, however, complicated terrain. Black Lives Matter, a hugely significant movement, was enabled by social media, as was the rise of Donald Trump to the Presidency of the United States. In South Africa, Twitter has been used to drive fake news of various kinds and to incite and organise xenophobic sentiment but grassroots activists often rely on Whatsapp to organise meetings and communicate with journalists.

The instruments created and managed by Big Tech simultaneously help politics progress or hinder it, promotes development or precipitate destruction and enable or limit possibilities for democratic discourse. They can give voice to some while silencing others; facilitate transparency and the free flow of information, or distort, fabricate and fake it. Powerful tech companies develop strengths and versatility that overpower elected Governments and bypass their oversight and regulatory control – something that some governments are starting to contest, in both authoritarian and potentially democratising ways.

This year’s Ruth First fellowship sough to tease out the meaning, paradoxes and contradictions of the impact of the big technology companies and their instruments with regard to the public sphere. 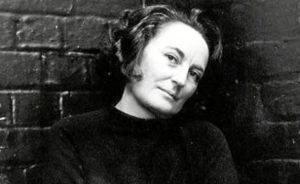 We need role models to remind us of who we are, where we have come from and the price many have paid to bring us here. Ruth First is such a model. As a communist and a feminist, she would have been a strong opponent of current abuses of power and the neglect of basic human needs for safe and affordable energy, adequate food, jobs, and housing.

As a woman born to white middle-class power and privilege, she is an exemplar of turning that power and privilege against itself to serve the interests of the poor and the oppressed. ! She did so as a journalist and as a scholar. As an investigative journalist, she was incredibly productive, at one time producing up to 15 stories a week, many of them about the exploitation of black workers.

For instance in 1947 she investigated and exposed the brutal treatment of labourers on the potato farms of Bethal. During the great African miners strike of 1946 she was among a handful of whites who assisted the strikers. This was soon after she became Johannesburg editor of the radical newspapers, The Guardian and then New Age and later the literary magazine, Fighting Talk.

The apartheid regime tried to silence her. After the publication of her book on Namibia, which was a searing expose of apartheid in that territory, the government prohibited any publication of her work and banned her from entering any newspaper office.

Her writing as a scholar and a journalist was marked by a critical independence as well as an engagement with some of the crucial issues of the day, such as the militarisation of African politics in The Barrel of a Gun: the politics of coups d’etat in Africa (1970), followed by Libya: the elusive revolution(1974), and, with others, The South African Connection: Western investment in apartheid (1972).

She was appointed professor and research director of the Centre for African Studies at the Eduardo Mondlane University in Maputo, Mozambique in 1977, where she pioneered a form of participatory grassroots research and published the highly acclaimed study of Mozambican mine labour called Black Gold(1983)
Ruth First was at the heart of the liberation movement in the region of Southern Africa.

She participated in some of the key moments of the anti- apartheid struggle. For instance, she helped to draft our foundational document, the Freedom Charter and was active in the Congress of Democrats which helped organise the Congress of the People in Kliptown on 26 June 1955 when the Freedom Charter was adopted. In 1956 she and her husband, Joe Slovo were among the 156 people arrested on charges of high treason and of contravening the Suppression of Communism Act, a trial which would hang over them for the next four years.

For all these reasons, Ruth First is one of the graduates that the University of the Witwatersrand is most proud of. She graduated in 1946 with a degree in Sociology and Social Work, and for the past fifteen years the Sociology Department has awarded the Ruth First prize to the best third year research project to encourage her example of meticulous scholarship and fearless investigation of important social issues. At the time her fellow students included Nelson Mandela, Eduardo Mondlane, Joe Slovo and Ismail Meer. She was arrested at Wits, where she was studying librarianship, on 10 August 1963.

She was detained under the 90-Day Detention Act under which the police could hold anybody for 90 days without charge. After 89 days she was released but immediately re-arrested. Fearing that she could notcontinue and would betray her comrades she tried to kill herself by swallowing all her sleeping pills. She survived and interrogation continued until she was released on 5 December after 177 days in solitary confinement.

Her life ended with a parcel bomb sent to her office at the university in Maputo on 17 August,1982. – Dr Jacklyn Cock WATCH: A video on the life of Ruth First by Wits Vuvuzela: