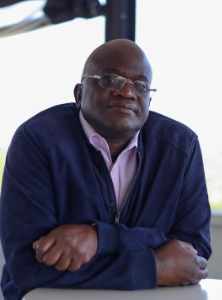 Enoch has been lecturing in Journalism for Communicators and Feature Writing since 2018. He is a PhD candidate, researching climate change communication in South Africa.

He entered the field of journalism in 1988 when he joined the now-defunct New Nation newspaper as a cadet journalist. He went on to report on education, health, politics and investigative journalism, culminating with the positions of political editor and senior assistant editor.

At the dawn of democracy in 1994, Enoch left journalism to join communication and became head of communication of the Constitutional Assembly after a short stint as manager for government liaison at Armscor.

He joined broadcasting in late 1995 when he became manager for public policy at the SABC. He went on to occupy the positions of general manager of corporate communication, marketing and public affairs; senior general manager of the Audience Services Division and Chief Executive of the News Division.

In 2000, Enoch ventured into the private sector, working as a media business consultant.

Enoch then worked in the communication agency sector, occupying the positions of managing director of PR Dynamics and Chief Executive of Fuse Communication (Africa).

Between 2006-2013, Enoch worked for various entities under the now-defunct Sisulu Media. Among others, Enoch was part of the Sisulu Media’s Urban Brew Studios that established South Sudan Television in 2008-2010.

Before joining Wits, Enoch worked as business development director for Oomph Out of Home Media.

Enoch was the inaugural winner of the Courageous Journalism Award, in 1992.