The new Zambian administration that was elected in the August election, seems to be sticking to the promise of introducing media reforms and enhancing freedom of expression in the southern African nation. 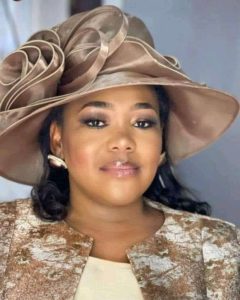 Getting the ball rolling, newly-appointed information and media minister, Chushi Kasanda, has announced that the editorial independence of the Zambia National Broadcasting Corporation (ZNBC) would be guaranteed.

Kasanda also said the country’s media would self-regulate. She said the new government believed that media organisations and journalists should set and supervise their professional standards and codes of practice, according to a report in The Mast online.

Addressing the media in the capital Lusaka shortly after being appointed minister of the renamed Ministry of Information and Media, Kasanda said freedom of expression was a cornerstone of democracy and underpinned good governance, public accountability and respect for all human rights.

Contrary to the previous government which had been accused of using the ZNBC for government propaganda, Kasanda said the institution would be allowed to operate as a public broadcaster.

The minister said legislation would be introduced to enable the ZNBC and other public media outlets to serve as common platforms for all Zambians to exercise their freedom of expression.

“Every Zambian has the right to freedom of expression, which includes the right to seek, receive and impart information and ideas of all kinds through any media and regardless of frontiers,” she said. “The UPND-led government respects the right to freedom of expression and will promote the free flow of information and ideas by allowing ZNBC to operate as a public broadcaster so that whoever is not covered by the private media will find space on the ZNBC platform,” she added.

The new government is also set to overhaul the entire media and information landscape in the country. The minister said she had been instructed by President Hakainde Hichilema to prioritise access to Information held by public institutions as a means to promote transparency, good governance and the full participation of citizens in the democratic process.

In this regard, President Hichilema, said Kasanda, wants the new information and media ministry to facilitate enactment and implementation of access to information legislation in line with international standards, taking into account the Commonwealth Freedom of Information principles which were endorsed by Commonwealth law ministers and noted by heads of government in Durban in 1999.

“We will not be looking at why previous governments did not enact the legislation. The president has directed that access to information legislation must be enacted. We have to move in that direction, and we will move with speed,” said the minister.

Kasanda threw a challenge to the media, saying that journalistic ethics required that the media should report accurately and fairly, issue corrections whenever they get facts wrong, allow a fair opportunity to reply when appropriate and, subject to legitimate public interest, respect the right to privacy, particularly of minors.

“We also want media owners to recognise that ownership entails a commitment to inform citizens about matters of public interest and not merely to advance partisan or personal interests,” she said, adding that “it is part of the media’s responsibility to ensure that journalists are adequately trained and that their private interests do not distort their reporting of public issues. It is our considered view that media and journalists’ organisations should establish credible complaints systems to adjudicate on alleged breaches of professional codes of practice and to provide members of the public with effective redress for unprofessional behaviour conduct.”

The winds of change will be blowing with considerable speed as the minister wants “to conclude this process as soon as possible”.