Does the media represent diversity? 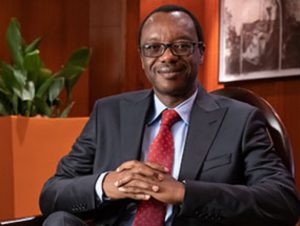 University of Pretoria vice-chancellor, Prof Tawana Kupe, has thrown the cat among the pigeons, questioning whether the media represented diversity in society or merely reproduced stereotypes, biases and prejudices.

Prof Kupe was delivering his inaugural lecture since being appointed to the vice-chancellor position in January 2019.

A critical media studies scholar who taught at Rhodes University and co-founded Wits Journalism, Kupe delivered his inaugural address under the title New media, new society: Reimagining media and society in a disrupted age. “An important question is whether the media is a voice for all… Ultimately, the key question is whether the media questions the social order or merely reflects it.”

Outlying what he understood to be the challenges of our time, Kupe said “we live in an age of multiple ongoing, intersecting disruptions of all our institutions, which require deep, ‘thoroughgoing’ reform to create sustainable societies in harmony with nature,” he said. “There is no better example than a recent 4 000-page scientific report that states categorically that we live in the age of catastrophic climate change caused by human activity, that it will get worse and it might be too late to do something about it.”

He also added what he termed the “looming climate crisis and the seemingly unending COVID-19 pandemic on the one hand, and the birth of new technologies and new media on the other”.

Despite the various challenges such as “political strife; distrust or loss of trust in institutions; economic crises; inequality; poverty and unemployment; and multiplying forms of violence, including gender-based violence – new media and technologies present the unique opportunity to improve some of these societal ills,” he said.

Prof Kupe said his research concerned how the media could be used to advance freedom of speech. “The quest in my research [has been] to understand critically how media can best advance the fundamental human right of freedom of expression, which is necessary to create substantively democratic, prosperous, equal, just and sustainable societies that enhance humanity and the planet.”

One of the areas that Prof Kupe has researched is that of media ownership and the influence it wields. “Critical media studies approach media content or messages as ‘re-presentations’ of reality shaped by institutional and organisational contexts, as well as by a range of societal factors and situations, including the policy regime. The concept of re-presentation – or the more common terms: content, images or messages – is analytically important because it allows for distinguishing between reality as such and the reality created by the media.”

Re-presentation, he added, also means that the media decides on what and how to reflect reality. “In other words, what is included and what is not included in the reflections are equally important,” he argued.

“In critical media studies, the selections or choices that the media makes and what exactly influences and shapes these is of major interest. In this regard, it is important to critically analyse whoever is represented and given a voice,” said Prof Kupe.