Women journalists are pioneering solutions journalism in the developmental areas of gender, health and development issues that impact women and other marginalised groups.

Running under the theme African Women Journalism Project (AWJP), the initiative is spearheaded by the International Center for Journalists (ICFJ) Knight fellow and veteran journalist, Catherine Gicheru. AWJP provides women journalists in five African countries, Nigeria, Ghana, Kenya, Tanzania and Uganda, with the knowledge, skills and a support network to undertake journalism that “sheds light on gender, health and development issues impacting women and other marginalised groups”, said Gicheru in an interview with AJENda. 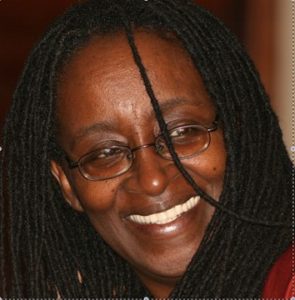 AWJP provides members with opportunities to work collaboratively on cross-border journalism projects that are aimed at changing the African narrative by providing more diverse and inclusive content, said Gicheru.

A pioneer woman editor herself, Gicheru served as the first female editor at the Nation Media Group in Kenya and was the founding managing editor of The Star newspaper, in Nairobi.

“I started it last year because I was interested – I am still interested – in working with women journalists, especially what I call passing on what I know, my experience, and what I have learned, and making it possible for women journalists to be able to not only grow within the newsroom in terms of getting into positions of authority and decision making, but also developing their own skills and be able to report on issues that tend to be put on the back burner… As newsrooms run to cover the day-to-day events, there are many issues that tend to fall through the cracks,” said Gicheru.

She added: “My idea is to have a partner or a cohort or a network of women journalists who would be able to amplify those kinds of issues that tend to be forgotten.” Through this initiative, the cohort will be able to put those “forgotten” issues at the front of the news agenda, she argued. “We are too busy running for the day-to-day (news story) and we forgot our important voices, not only of women, but other marginalised groups, as well as other topics that we need to be reporting on, but we are not because we are chasing clickbait or whatever it is that we’re doing. So, it’s essentially to give voice to the women to amplify under-reported issues as well as give voice to the marginalised communities within our society,” stressed Gicheru.

Newsrooms where cohort members have been deployed have embraced the initiative, said Gicheru.

Gicheru says the initiative is “in a nutshell, about bringing robustness in our reporting on issues of interest to communities that have otherwise been marginalised, (people) whose voices haven’t been heard or not being heard. So, we can use solutions journalism techniques; we can use investigative data techniques; we can bring in data into this conversation; evidence-based reporting”.

The initiative was not concerned with competing with sensational news stories which tend to dominate newspaper headlines, because “it’s actually grounding it into the reality of what it is that average citizens are going through, how they’re experiencing this so-called development policy, the knowledge interventions, and what could be done, or what they, themselves can do. We don’t give them a solution, we just give them a provision that make up their own decisions, so that they don’t walk away feeling helpless. That’s the kind of thing (news) that builds”.

Through the project’s kind of stories, “people start trusting you, as a source of news and, I mean, not getting the million clicks but getting the people working after they have consumed the content and they walk away feeling informed and empowered”, said Gicheru.

The project is only open to women journalists because “I want to empower women so that they can become the innovators in the newsroom. I want them to be the leader, to take the lead”, said Gicheru.

The AWJP would “disprove that soft spot subjects cannot be and should not be considered as less important as the so-called hard subjects of politics, business and everything (else)”.

“I’m bringing this on board because mass reporting is required to make people not feel helpless and not always titillating because fun is fun, but there’s time for no fun… You need to be serious, actually get people to do the kind of robust reporting that will empower citizens and make them feel confident enough, give them the confidence to engage with their own governments, and participated in their own ‘development’, because I think too much happens to us and we blame the government but we actually don’t get a sense of power we have, as citizens,” she argued.

Working with 15 women in the five countries, so far, Gicheru said the project wanted to remain sustainable from a funding point of view and to serve as an incubation. Gicheru would also like to expand the initiative to universities so that student journalists could learn the workings of solutions journalism.

The project is set to be expanded to South African and South Sudan before the end of 2021, said Gicheru.