Mainstreaming gender in journalism training should be a matter of policy 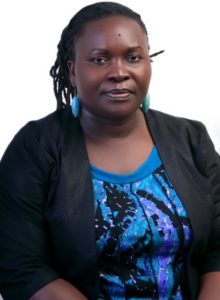 Dr. Emilly C. Maractho, senior lecturer and head of the  Department of Journalism and Media Studies at the Uganda Christian University, writes about gender mainstreaming following a discussion of journalism education in Africa and Asia during an event organised by United Nations Educational, Scientific and Cultural Organisation (UNESCO).

It is interesting that even though we often emphasise that context matters, the gender and media experience in Africa and Asia have such major similarities in as far as the issues are concerned.

A friend recently reminded me that those of us, who sound the gender in media drum, often forget the other important areas of discrimination and oppression in media content. Many people talk about diversity concerns that range from ethnicity, religion, ability, age and class.

It is true there is evident intersection of a number of these systems of oppression. For instance, I have been passionate about coverage of migration issues.  But the gender issue remains critical because even in migration, gender shows up.  We understand, as Gill Gifford, Health-E News Editor puts it, “creative handling of a sensitive story can not only retain the dignity and respect of those involved, but can be used as a powerful tool to effect change”.

The media, like education, remains a difficult place for mainstreaming to happen largely because these are mainly private owned and owners may be impediments to the implementation of national policies that depend on goodwill or are driven by profit. As such, practical mechanisms for mainstreaming may be lacking.  For the media, we have to look at training. There is a very big need to introduce journalism students to the principles and concepts of gender rights.

In a recent interaction with journalists during a needs assessment exercise, a questionnaire was administered to test the knowledge and skill levels of the journalists on some basic gender concepts. Very few of them had more than average knowledge and understanding of the concepts.

It says a lot about the stories we see and why under representation and misrepresentation of women remain a challenge in news coverage.  Focusing on journalism education can be enforced during accreditation of journalism training curricula. National Council for Higher Education (NCHE) can make “gender and media” a core course unit on which accreditation is pegged.

Much of journalism education focuses on broad codes of ethics that assumes fairness and objectivity. But it is apparent, based on years of research, that gender responsive reporting is not intuitive for journalists, many of whom are socialised to appreciate power imbalances.

Gender mainstreaming in education will benefit media houses if they have favourable policies. In various training opportunities for journalists, I have established that many media houses do not have a policy that addresses gender concerns in the newsroom or the journalists are not aware of them.
Yet, research has shown that where such policies exist, journalists are deliberate about inclusion of women’s voices and fair representation of women in news and media content in general.

Very often, we are quick to point out media houses where women are included in management. That is not enough. There is need to have in-house policies that make ethical reporting that is also gender sensitive a critical part of editorial policy. In addition, in-house training for journalists should aim to engage in honest conversations about gender and newsroom cultures as well as how to deal with them.

Regulators may also wish to take interest in ensuring that there are remedies for unfair treatment by the media, especially where it is on the basis of gender. The Constitution is clear on discrimination based on gender.
The major reason that mainstreaming journalism training is important stems from the fact that the media has the potential to construct narratives, many of which may not be helpful to reducing gender inequality.

As we engage in the conversation this week, it is wonderful to recognise the many efforts that have been made to develop training resources that lay out the issues in gender and media as well as provide mechanisms with which to address them.  For gender mainstreaming in journalism education to be successful, it should be a matter of education policy enforced at various levels.