Ethiopia’s ethnic divisions are finding their way into the media, resulting in news content that could exacerbate ethnic conflicts.

Addis Ababa University’s Dr Mulatu Alemayehu Moges says the ethnic divisions in the media follow the country’s make up where several societal spheres such as economics, transport and politics, among others, are also organised along ethnic lines. “When there are political tensions, things can get complicated,” because the media takes positions based on ethnic lines, he added. 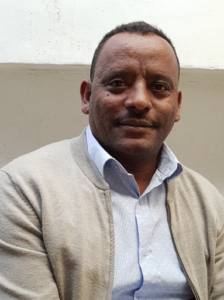 Concerned by this, in a country of 86 ethnic groups, Dr Alemayehu teamed up with NLA University College’s Dr Terje Skjerdal to conduct a study into the problem.

He said he was concerned that by following the country’s ethnic divisions, the media deviated from its role of serving the public by “promoting harmonious living and solidarity among people”.

Asked whether there was a danger of the divisions in the media leading to conflicts similar to Rwanda’s 1994 genocide where radio was found to have exacerbated the killing of almost a million people, Dr Alemayehu said he did not think it could lead to that, but it was nonetheless cause for concern.

He said it would not be easy for the situation to change, because the media was simply reflecting the country’s social system of ethnic divisions in every sphere of life. The ownership and control of the media was also organised along ethnic lines, making it hard to think of a solution to the problem.

Some media were not taking the issue seriously as evidenced by the fact that when the research report was released, late last year, some media ignored it completely by not reporting about it. The study was commissioned by the International Media Support and Fojo Media Institute. Please read the report here The ethnification of Ethiopian media | International Media Support