We are pleased to announce the appointment of two Ruth First Fellows for 2019,  Bongani Koma and Nickolaus Bauer. They are both doing research around this year’s theme Migrancy and Populism. 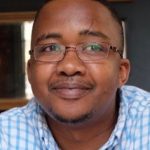 Bongani Kona is a writer and contributing editor at Chimurenga. His writing has appeared in Safe House: Explorations in Creative Nonfiction, Redemption Song and Other Stories, BBC Radio 4 and in a variety of other publications and anthologies. He was shortlisted for the 2016 Caine Prize and he is the co-editor of Migrations (2017), an anthology of short stories. He is a contributor to Black Tax and Hair, both published in 2019. 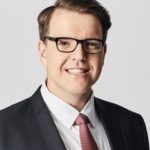 Nickolaus Bauer is an award-winning freelance broadcaster reporting for eNCA, 702 and Deutschewelle. With over a decade of experience as a multi-platform journalist, he has covered a diverse array of stories from politics and social justice to sport and business. He co-founded Dlala Nje in 2012, a social enterprise supporting the development of children from Hillbrow, Berea and Yeoville.

These fellows will present their work at the annual Ruth First Memorial Lecture on October 3, 2019.

*Ruth First Ruth First was a journalist, activist, researcher and intellectual, assassinated in exile by the apartheid government