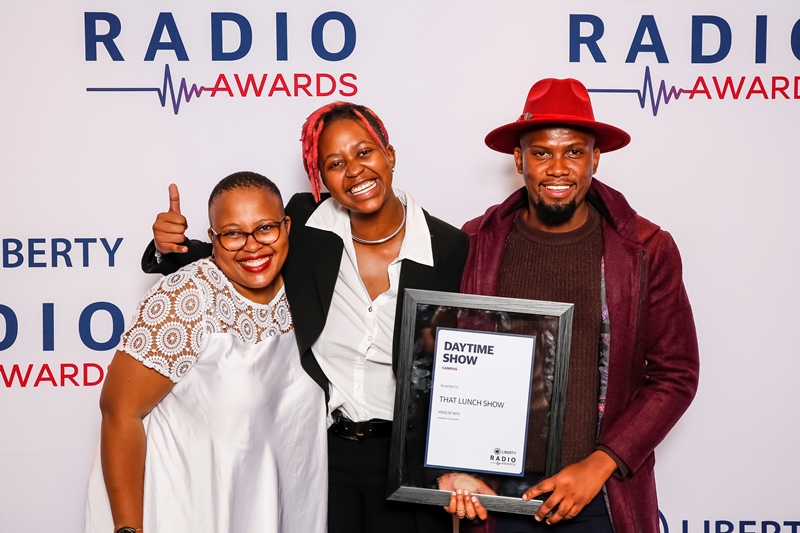 VOW FM went into the Liberty Radio Awards held at the Sandton Convention Centre on Saturday, April 13 with 12 nominations, but walked away with only two wins – for Best Afternoon Drive Presenter and Best Daytime show. 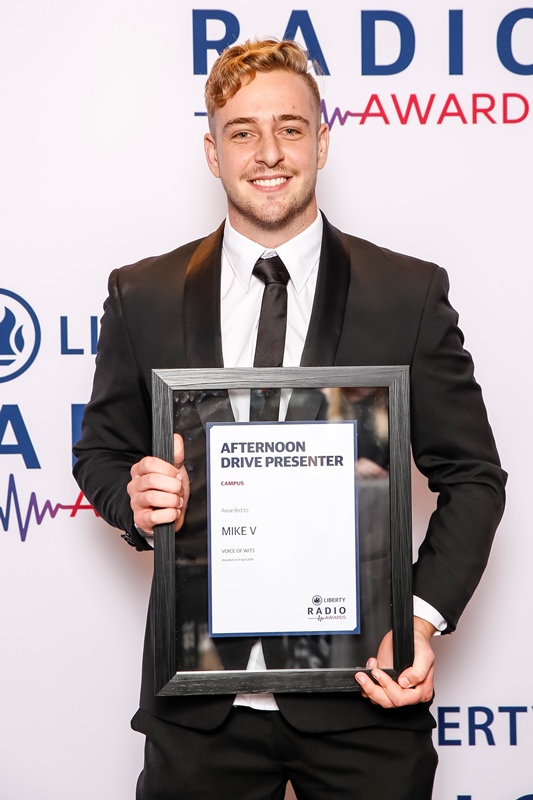 Mike V with his award at the Liberty Radio Awards. Picture: Supplied

Mike V, winner of the Best Afternoon Drive Presenter, said that he had expected to win because he worked hard and had a strong submission.

“Winning the award was a validating moment for me. As radio presenters, we spend hours talking to ourselves, it is nice to know that people are listening,” he said.

His confidence was not shared by his colleague Lula Odiba, one of the presenters in the winning category of Best Daytime Show. She told Wits Vuvuzela that she had sent in her submission late and feared that it was substandard.

“We don’t make radio for awards, said acting station manager, Marona Seekane. “It’s only onwards and upwards from here, whether we win one award or no awards in future.”

Chair of the board of VOW FM, Professor Franz Kruger, said that although VOW FM would have loved to win in all the categories they were nominated in, awards in general are very competitive and being nominated is an honour in itself.

“We do not see this as a loss; instead now we know we need to improve the quality and sound of our station,” he said.

Lance Rothschild, CEO of the Liberty Radio Awards, told Wits Vuvuzela that the number of awards a station walks away with should not be viewed in a negative light. “VOW FM’s nominations show that the station is doing excellent work,” he said.

In terms of adjudication, Rothschild said VOW came close and was one of the top entries in the categories where they didn’t win. 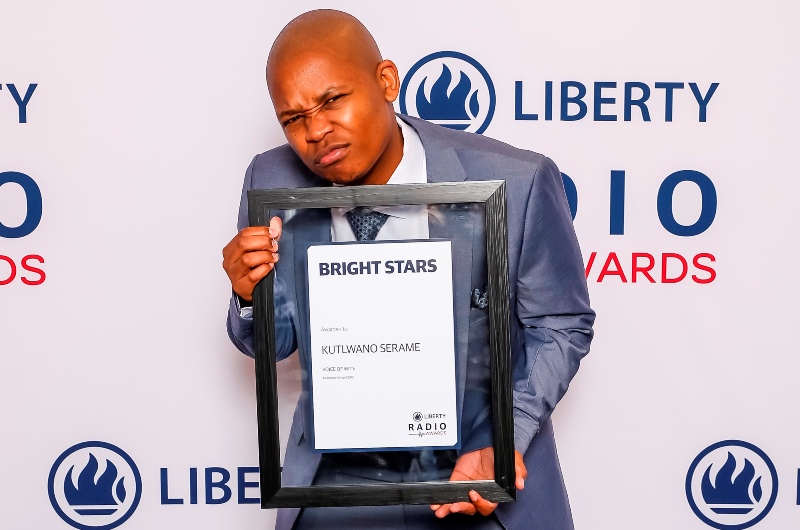 Kutlwano Serame with his award at the Liberty Radio Awards. Picture: Supplied

Technical producer at VoW FM and the Wits Radio Academy, Kutlwano Serame, was inducted as a Bright Star at the Awards. In a statement by Rothschild, the Bright Star is recognition of strong potential in the radio industry and inductees are individuals who – whether on air, or behind the scenes – are already making a mark on the industry. Bright Stars have an understanding and love for radio and show qualities that indicate that they will have a role to play in the industry’s future.

The original article was written by Anathi Madebula for Wits Vuvuzela.