The awards are in four categories of Photo, Print, Television and Radio Journalism. 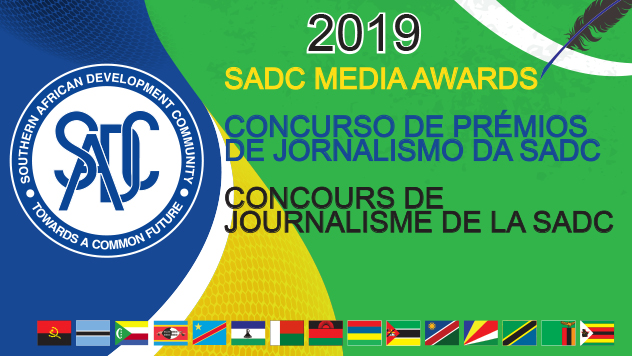 The Southern African Development Community (SADC) Media Awards for 2019 are now open. The Media Awards to recognise best media work in the region. Since 1996 the SADC Secretariat has been coordinating the Media Awards to encourage the media in the Region to play a leading role in disseminating information on SADC in order to support the process of regional co-operation and integration.

The Awards are in the fields of Print Journalism, Radio Journalism, Television Journalism and Photo journalism. Prospective entrants are invited to submit their entries accompanied by proof of their nationality to the National Adjudication Committee (NAC) in their respective Member States. The themes of the entries to be submitted for the competition must be on issues and activities promoting Regional Integration in the SADC region, i.e. infrastructure, economy, water, culture, sports, agriculture, etc.

The first prize winners will be announced and receive their prizes during the 38th SADC Summit of Heads of State and Government to be held in Tanzania in August 2019. The Awards will include Print, Radio, Television and Photo journalism. Each category carries a first prize of US$2,500. The runner-ups in each category will receive a second prize of US$1000.

Entries must be submitted to the National Adjudication Committee not later than February 28, 2019.

Further information and entry forms are obtainable from the National Adjudication Committees, SADC Media Coordinators (NMCs) in each Member State and SADC Website (www.sadc.int). The list of NMCs can be found on https://www.sadc.int/member-states/.