Vote for VoWFM to win Station of the Year Award

Wits University campus radio station Voice of Wits (VowFM) have been nominated eight times in the annual Liberty Radio Awards. The station, hosted by the Wits Radio Academy in the department of Journalism and Media Studies, will also compete against commercial radio stations Radio 702, KayaFM and PowerFM for the best business and finance shows in the country. 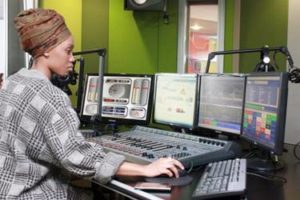 The station will also compete for top honours in the night-time show, content producer, afternoon drive show and afternoon drive presenter categories at the gala ceremony which is set to take place in Sandton in April this year.

The campus station is also in the running for Station of the Year, but it needs your vote to take this award home.