The Gender Divides of Mauritian Society: Re-appropriating the Empowerment and Citizenship Discourse 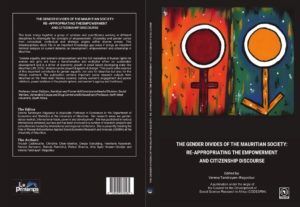 Mauritius is perceived as a model of economic success in the region, Christina Chan-Meetoo, Senior Lecturer in Media and Communication, Head of Mediacom Studio at the University of Mauritius writes about an inter-disciplinary study into feminist development in the country.

Over the last decades, it has fared well across different international indicators like the Human Development Index, the Mo Ibrahim Index of African Governance, and the Ease of Doing Business Index and it has recently been classified as a high-income economy by the World Bank.  However, development is not always well distributed. Gender disparities still prevail as documented by the Global Gender Gap index, where Mauritius is lagging in terms of economic participation and opportunity as well as political empowerment. There is a growing feminisation of poverty, unemployment, and underemployment and increased cases of gender-based violence. The Sustainable Development Goal on gender equality is the one making the least progress in Mauritius.

This interdisciplinary study sees the collaboration of nine women scholars who address these issues by bringing an important feminist analysis on current debates on empowerment and citizenship in Mauritius. The chapters cover three broad areas: (i) women’s engagement and power relations through the history of feminist activism and the representation and place of women in the local media, (ii) power relations in the private sphere through intimate partner violence and misinterpretation of religious texts to maintain women as subordinates (iii) women’s agency and livelihoods through women entrepreneurship, the vulnerability of female citizens on the labour market and internal women migrants’ struggles.

By addressing the gender divides across different dimensions, this book also puts forward policy options in different areas: namely in terms of women and men’s participation in the labour market and the importance of adopting a conducive business environment for both men and women entrepreneurs. The book also comes up with strategies to shatter the glass ceiling in the workplace especially for women working in the media. Domestic violence, which has been rising at an alarming rate over recent years across the island, is a major policy concern and this is also dealt with in the book. This book also considers the specificities of small developing island economies and especially the case of Mauritius being a multicultural society where entrenched norms and beliefs can further perpetuate gender disparities.

This publication was launched in the context of International Women’s Day, March 8, 2021.