This year the team tackled the theme of ‘work’, formal and informal as well as entrepreneurial in the Johannesburg suburbs of Melville and Parktown. 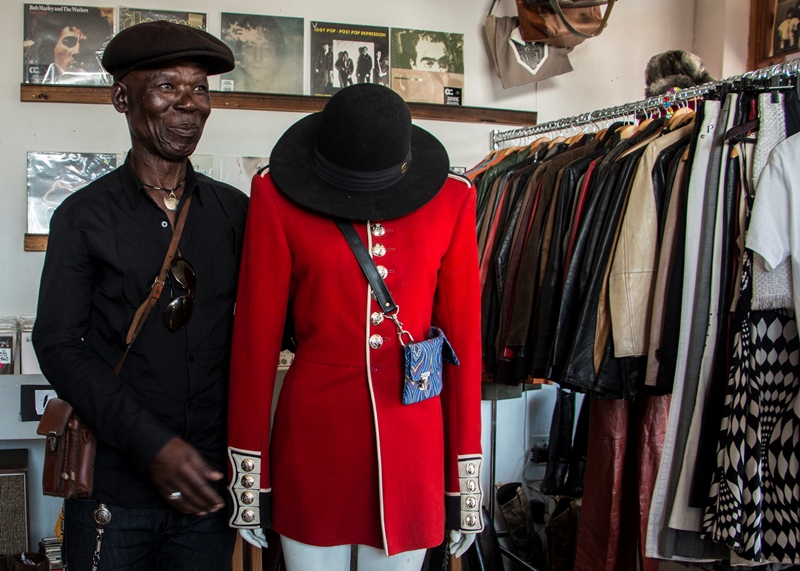 Journey with Wits Journalism students to find faces and stories of different types of work in Melville and Parktown. From the pavement entrepreneurs, the iconic barber and church turned print studio to the children’s theatre in Parktown. Buzzing tuk tuks weave through Melville and surrounds, including the charity shop that homes many cats, the fashionably retro youth vintage clothing store and encounter the magic of one of the city’s few remaining independent bookstores.

This is Melville & Parktown, a project produced by the 2018 cohort of students of the Wits Honours in Journalism programme. As part of their final assessment for their BA Honours Journalism and Media Studies degree, students on the programmed are tasked to complete an in-depth project, equivalent to an honours research report, which consists of a number of elements including a written feature, a video and photographs.

This year the team tackled the theme of ‘work’, formal and informal as well as entrepreneurial in the Johannesburg suburbs of Melville and Parktown.

These are the stories produced by the students: 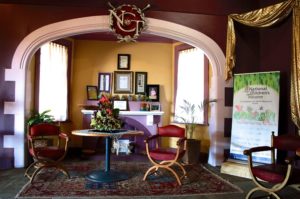 Transforming lives through theatre is no child’s play 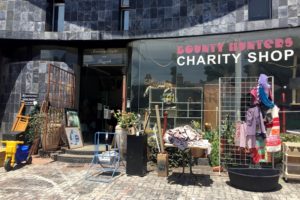 Melville’s ‘crazy for cats’ woman sees no excess in charity

The identity of Melville has shifted significantly since the land was proclaimed in 1896. The suburb is currently a bohemian area filled with hipsters, entrepreneurs and bargain hunters, while thrifting has been in Melville for the past 20 years by Elizabeth-Jane Ringrose 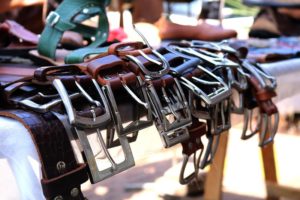 A job for the toughest sole

Informal work is the foundation of any developing area, it provides an avenue for its populace to push back against poverty and deprivation. Melville is no different by Tshegofatso Mokgabudi 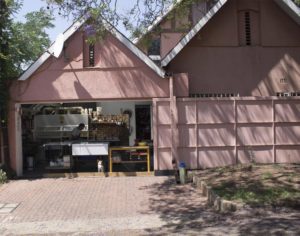 Evolution of the long-standing heart of worship

The pink church with the blue door is one of Melville’s iconic historical sites. The landmark follows the journey of prayers, businesses and an overarching spirit of a building with tales stretching over 115 years by Palesa Dlamini 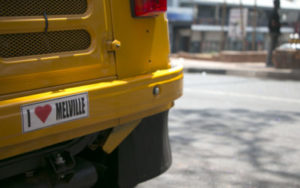 In the slow lane with Melville’s tuk-tuks

The tuk-tuk industry in Melville has been bustling since 2010. With the entry of competitors such as Uber and Taxify, some drivers are getting creative in order to carve out a living for themselves and their families by Sanet Oberholzer 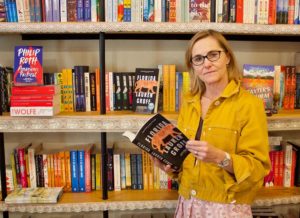 The survival of a bookshop in an evolving and artsy Melville 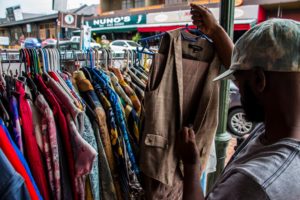 The keepers of the stories told by vintage clothing

Melville has long been known to be one of the most popular thrift communities in the City of Johannesburg.  A vintage store on the main drag is keeping the tradition alive while still providing a decent livelihood for its owners by Phumi Londell Ramalepe 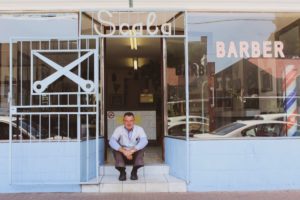 The barbershop where generations have come to let their hair down

Melville’s 4th Avenue has had its share of the hustle and bustle of shops opening and closing, but the barbershop and the man who owns it tell a different story. The barbershop is a marvel that has seen the changes of the Melville landscape but has remained as it is, where it is, for 48 years by
Naeemah Dudan 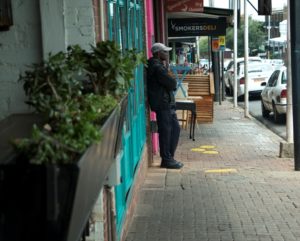 Preserving the memory of Melville

As the artsy Johannesburg suburb of Melville modernises, its rich heritage is slowly beginning to fade. Now, new efforts are being made by those who are fighting to keep Melville’s heritage alive by Naledi Mashishi